I’m not sure whether to be shocked, annoyed or angry.
I’m probably a mixture.

Today I shared a post of me up and coming release on FB in a group I’ve been a member of since 2015. I’ve posted all sorts over the years. After all, I’m a multi-genre author. I write what the muse says.

This new release is the first in a collection of Novella’s called ‘FOREVER MINE’ It follows the journey of various couples. How they met! How they fell in love! Why they are hiding! Even a bit about who they are hiding from. It is true love.

Here in New Zealand…just so you know.  Any human can marry any other human, your gender is irrelevant these days. LOVE IS LOVE…after all God made us all and loves us all.

One of the FB groups I posted to, I have been a member for five years. It’s been a good five years too, well until today when I found my membership PENDING. The only reason I saw this is because… First of all, there was an angry emoji on my post, I didn’t think much about it. I started to scroll through the group promos, then decided to edit my post to include the blurb/synopsis…whatever you call them. I clicked on the three dots… and nothing happened. This is when I noted I could like and share the post, but I couldn’t comment on it. It was like comments had been turned off, except they hadn’t.  I scrolled down to other posts and it was the same.  Went back to the top of the group to find my membership in PENDING…

Hang on… I’ve been a member for years, why would it suddenly be PENDING…It was like my membership had been revoked. Not happy. Conclusion…My post had been reported by the person who put an angry emoji on my post. It was the only thing I could think. I suppose I could be wrong.

I messaged the ADMIN…who I happen to know and we’ve chatted before… Still waiting for them to get back to me. If i end up losing this group because of one person. I will be peeved off (to be polite) I’ve been careful to make sure all my posts are relevant and follow FB guidelines and have avoided FB Jail so far as well.

Does this person not like LGBT Romance or images of men hugging? Who knows. If I get an answer from Admin, I’ll update the post. Meanwhile, I’ll stay with the conclusions I have. Oh here is the image. Let me know what you think? 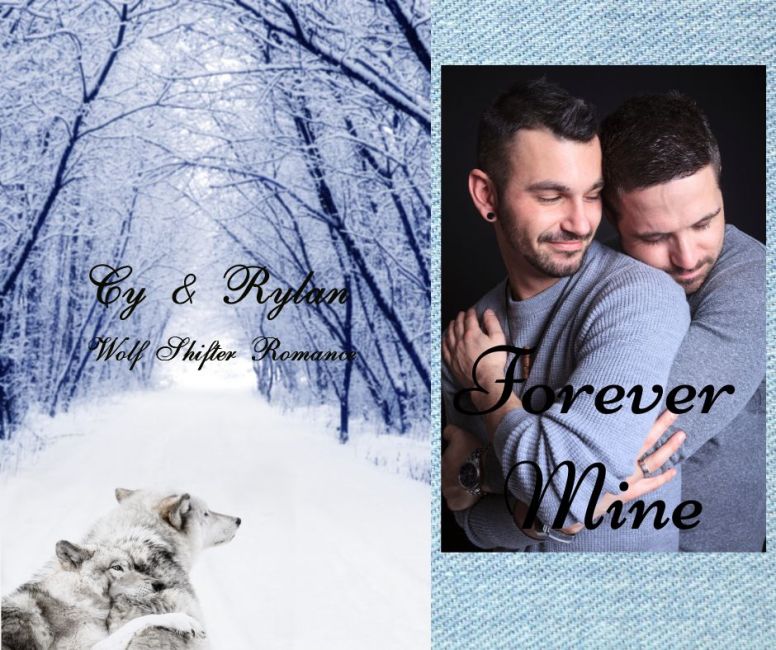 Cy is an Alpha wolf-shifter, heir to his father’s pack. Cy is also gay, something his father won’t accept. In fact, he’s already lined up a female mate for him. A woman Cy hates.

Cy found his true mate ten years prior. He waited and watched, praying for salvation.

Rylan Jessop is from the other sides of the tracks. Not good enough for the elite of the pack. A university graduate due to a scholarship, Ryan returns home and accepts a date with Cy. They mate. At first, Rylan is horrified, he wanted other things from life.

Mated, he finds himself loving Cy and taking a stand against Cy’s father who is furious. Cy takes the lead and their adventure begins as they travel across America to Canada, learning to love and getting to know each other.

Will they get their ‘Happy Ever After’?

This is the first novella in a series called ‘Forever Mine’. Mature content
due to a new relationship. LGBT Romance.

This site uses Akismet to reduce spam. Learn how your comment data is processed.