The original draft was finished in 3 months.  Now came the hard work.  I had chose my tense and my third person view next was some of the descriptions that needed adding to and changing.
I started with my regency research looking for a wedding gown for the early 1830s, lucky me found one on a blog.  Next was looking for the material.  This ended up been silver silk which looked like this. 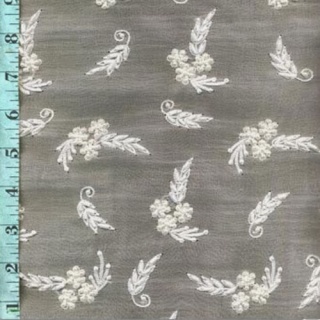 The seamstress in the story added pearls to the fabric.  My sister in law Donna who is a dressmaker of stunning wedding gowns helped me develop the description so that it looked like similar to the one I had found online. After all I wanted you the reader to see this gorgeous gown.

I can say the Matilda looked stunning. If I could draw sufficiently well then I would show you a picture.
The details of description improved while at my mother in laws, she was sick with cancer and the family pulled together to help look after and support her.  When I finally publish this book I will be dedicating it to her.  Her loss is huge she was the best mother in law I could’ve asked for.

This novel is still in edit.  It seemed I got bored re-reading it to many times and making constant changes.  So I started to write another and another all different genre’s all with my skills improving.  Many with smutty scenes. I thought surely I can write a book without.

The answer to that is a huge yes.  Some teenage books only one finished and in edit.  Whoop.
Still think the overall description needs more work, which I suppose is why I’ve not put it on amazon yet.
I have three very different books online at the moment.  Two short stories, One series all different genre’s I obviously haven’t settled into any one genre yet.

Of course I was once again lucky to get some help from my lovely friend Greg.  Greg is also in to history and family research along with his writing.  He is an awesome guy who has helped me learn how not to waffle and how to tighten my descriptions. What I need against what is unnecessary.
Since my Crosswick book (which I still hope to put on amazon as an e-book next year) he had helped me with fight scenes in my book Malachy’s Unit (which is on amazon). What I had was good, it could be better and I’d like to think it is better.
I would give him a short draft of my fight scene and he would immediately pick out the problems and show me how I could solve the issues.  My last fight scene in book two (Rosetta’s Lot due out Jan 2014) was a girl against three men. He thought I’d done great, “One tough woman you got there,” he said.  No he didn’t ruin it, instead he said try doing this to explain it a bit better.  I liked what he told me and re wrote the paragraph. Big thanks to Greg my descriptions are improving with each book I write.
As I said Greg is a writer too, and a very good one. I enjoy his short stories and wish he would publish some, however he is never satisfied so until he is I’ll have to wait.
We have become good mates over the last two years helping each other, my imagination runs wild while his is more contained so if or when he gets stuck we have a conversation about what he is writing. He does the same for me.  Its a bit like mentoring each other I suppose. I’m so glad for those who help me.

Tina, is awesome.  I even got to adopt her as my sister, we get on really well and she tells me how it is with my writing with out punching me.  Her positive and creative feed back is what I needed.
I still remember looking back at my draft of Crosswick and giggling. Of course Tina was correct with the Third and First person mix up.  First though she had to explain what they were.  In the long run of course I knew or my writing would have failed there and then.  What Tina was actually doing was reminding me how to view a book as a reader.  Did it make sense and flow nicely? Well flow yes, though it was like a waterfall splitting into many small streams heading for the ocean instead of the waterfall falling into a stunning lake.
Third person is like watching a movie.  I now picture myself looking on to what was happening as I write.  Observing is quite difficult at times for me when it comes to descriptions (this is another learning curve I will get to).  I must admit to using simple English, though I’m sure my vocabulary will grow as I continue to write.  So here I am on the edge of the image listening in like an eavesdropper, my fingers flowing over the keyboard.  The picture before me is Regency, describing a parlour or morning room created a bit of research to get the names of furniture correct  as well as what type of wallpaper they may have used.  This is when my interest in history is  most welcome.
First person is when I am the narrator, taking you though what is happening as I participate in the scene.  I decided Crosswick was going to be in Third person so taking out the First person was a lot of hard work, which today I am grateful for since I don’t and hopefully won’t make the same mistake again.
Tina also noticed I had trouble with my tenses, this is still something I am learning today.  Past or Present Tense.  Oh my, once again this wonderful lady helped my though the process, laughing with me as we corrected my draft.  Tina still reads my drafts, generally saying “I want more,” if it is unfinished or “Its very good,” or maybe “It’s very good and in context.”  This always makes me laugh as I still have no idea where this writing bug has come from, though I do know I have caught it and it isn’t letting me go…… Thank goodness.

Where it all started.

Generally I’m known as a Family History Researcher or Amateur Genealogist when one day rather depressed and bored with waiting for information to make a Family History Book I opened a word document and started typing while chatting to friends on Facebook. This was in the NZ winter of 2011.
Send us your first chapter they all said, oh my why did I tell them I was doing this, after all it wasn’t something I was going to publish or anything.  Well I sent the small amount I have written which was around 2 chapters. All I heard from them an hour later.  We want more, are you going to add a sex scene.  OMG what was I to do, I was sitting here 12,000 miles from my friends blushing to the roots of my hair.  More and a sex scene, lordy I wasn’t sure I wanted to go there.
“If I put in a sex scene then I’m going to blame both of you,” I told them much to their amusement.
“I’ve gone red at just the thought,” Making them laugh harder, of course this was all via chat.
The story is based in Late Regency England in a small Gloucestershire village called Ashlston as well as in London.  It focus’s on a young man called Gregory Appleton and his young playmate Matilda Crosswick.  As many would guess they grew up fell in love which was thwarted by their parents. In the course of 10 years a mystery unfolds, this becomes the item bringing them back together.  The mystery unfolds with many twists and turns and family connections.
As for the sex scenes, yes I put some in and yes I still blame my friends.  This book is yet to be published though due to the flow of my novels I have quite a number of various genre’s to finish.
Sending this on to one of my friends in the UK started me off on a steep learning curve.  How to write.  The story though good and flowing lacking a few important principles like good description, First or Third Person never mind word errors.  A big thanks to Tina who made me look and think hard about what I wanted and what I needed. My skills are strengthening and sharpening rather well, though I knew at that stage I still had a long way to go.
More about Tina and what she taught me next time. 🙂